St Xavier’s Institution is a boys’ school in George Town, Penang, Malaysia. It was established in 1852 and named after Saint Francis Xavier, the pioneering Christian missionary and co-founder of the Society of Jesus (Jesuit Order). While being a boys’ school, girls are also admitted, albeit only in Form 6. The abbreviated name for the school is SXI with the pupils known as Xaverians or Lasallians, but among the students they were popular with the abbreviation SAINTS.

St. Xavier’s Institution is the oldest surviving formal school in Penang and possibly Malaysia. While the year 1852 is inscribed on the school building, the history of the school begins much earlier than that.
On 25 August 1786 Reverend Father (and then later Bishop of Siam and Queda upon the demise of Bishop Conde) Domino Arnaldo Antonio-Garnault (who was appointed Vicar Apostolic of Siam), who had been residing at Cochin China and Siam (Thailand today), having been expelled with the rest of the Societe des Missions Etrangeres de Paris (MEP) from neighbouring Thailand in 1781, arrived from Kedah. Captain Light noted that Garnault was acquainted with the languages of those countries. Garnault asked Light for permission to build a Church at Penang and while Light sought to make excuses, Garnault, together with his people and asked permission to settle. Garnault picked a spot in the woods about four hundred yards from the fort (what would become Fort Cornwallis). He established a Malay language school in an attap shed in a stretch of mangrove swamp that eventually became Church Street. Monsignor Jean-Baptiste Boucho (who arrived in 1824) of the Paris Foreign Missions, with an allowance of a hundred Piastres a month from Governor Fullerton, moved the school from the church compound to a brick house he had constructed, turned it into an English-medium school for boys in 1825 and renamed it the Catholic Free School. On 20 April 1852, St. Francis Xavier’s Free School, as it was known as then, and its 80 pupils came under the management of the De La Salle Brotherhood under the responsibility of two French Brothers, Lothaire-Marie Combes and Venere Chapuit and one American Brother, Jerome.

On Nov 1786 Francis Light writes to Mr John Fergusson, “Our inhabitants increase very fast — Chooliars, Chinese, and Christians; they are already disputing about ground, every one building as fast as they can. The French Padre from Quedda has erected his cross here, and in two months more it will never be believed that this place was never before inhabited.” (In 1785 Captain Light mentions that a French Padre, Antonio Garnault (bishop and vicar-general), came from Cochin China to Penang.

The Rev. Father Decroix of the Church of the Assumption writes:

“On his return from Pondicherry the first care of Mg. Garnault was to provide for the education of children of the parish. Three young Siamese ladies were eager to consecrate their lives to the service of God and of the Church. They were given the Rule of the “Amantes de la Croix” a well-known Asian religious congregation, and established themselves a house in China Street known to their contemporaries as the “Little Convent”. Besides this convent the Sisters founded a school for boys and an orphanage for girls. The Malay language was the medium of instruction in the school.”
From One Hundred Years of Singapore we read,

“…Rev. Father J. M. Beurel, who was very anxious to ensure to the boys entrustedto his care the advantages of a sound religious and secular education. As far back as 1841 we find him working with a view of securing the services of the Christian Brothers for educational purposes in Singapore. The Superior-General of the Congregation, whowas then residing in Paris, appeared to have been more or less opposed to the project ; but the Rev. Father did not desist from his purpose, and finally proceeded in person to Paris to plead his cause. His journey was not fruitless, for towards the close of March 1852 he returned to the scene of his labours with six Brothers, three of whom were destined for Singapore, and the others for St. Xavier’s, Penang, an analogous establishment.”

In 1856 its student population increases to 125 and in 1857 it was relocated to a newly completed building of 30×50 metres on Farquhar Street, and renamed St. Xavier’s Institution.
In 1906, the building known as Noah’s Ark (because it was said to resemble a ship), built by the parish priest of Pulau Tikus as its first village school was handed over to the Christian Brothers and then became a branch of the St. Xavier’s School.

SXI entered its pupils for government scholarships , the prestigious Queen’s Scholarships, and from 1892, for the Cambridge exams. The building was enlarged, and in 1900 the enrolment rate was over 400 pupils.

During the 1900s, Penang rose up to be a major shipping port, due to the rise of tin mining and rubber industry. Strict health regulations, the invention of motorcar, the need for rubber tyres and electricity, all these brought prosperity to Penang. SXI had over 1000 pupils. The boarding department was flourishing, the school has a spacious playing field and a cadet corps was formed.

The original building was destroyed in World War II when the allied nations bombed the school which has been used as the naval headquarters for the Imperial Army of Japan in December 1941. School was suspended during this period. When the war ended, schooling resumed with the pupils being educated in “attap huts” on what is now the school field pro tem while the buildings were reconstructed. The current building was completed in 1952.

In 2013, keeping with the vision of Dato’ Reverend Brother Charles Levin, the School placed a plaque on its main gate. A Malaysian national daily recorded that the plaque “describes SXI’s history from 1787 when French priest Arnold Garnault initiated the St. Francis Xavier’s Free School.” 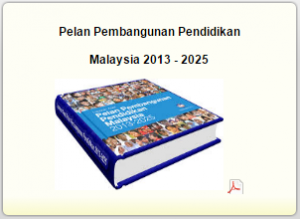